Barr blasts Trump’s tweets on Stone case: ‘Impossible for me to do my job’: ABC News Exclusive

In an exclusive interview, Attorney General Bill Barr told ABC News on Thursday that President Donald Trump “has never asked me to do anything in a criminal case” but should stop tweeting about the Justice Department because his tweets “make it impossible for me to do my job.”

Barr’s comments are a rare break with a president who the attorney general has aligned himself with and fiercely defended. But it also puts Barr in line with many of Trump’s supporters on Capitol Hill who say they support the president but wish he’d cut back on his tweets.

When asked if he was prepared for the consequences of criticizing the president – his boss – Barr said “of course” because his job is to run the Justice Department and make decisions on “what I think is the right thing to do.”

“I’m not going to be bullied or influenced by anybody … whether it’s Congress, a newspaper editorial board, or the president,” Barr said. “I’m gonna do what I think is right. And you know … I cannot do my job here at the department with a constant background commentary that undercuts me.”

Barr ignited a firestorm this week after top Justice Department officials intervened in the sentencing of Roger Stone, a longtime friend and former campaign adviser to the president who was convicted of lying to Congress, witness tampering and obstruction of justice.

In a stunning reversal, the Justice Department overruled a recommendation by its own prosecution team that Stone spend seven to nine years in jail and told a judge that such a punishment – which was in line with sentencing guidelines – “would not be appropriate.” 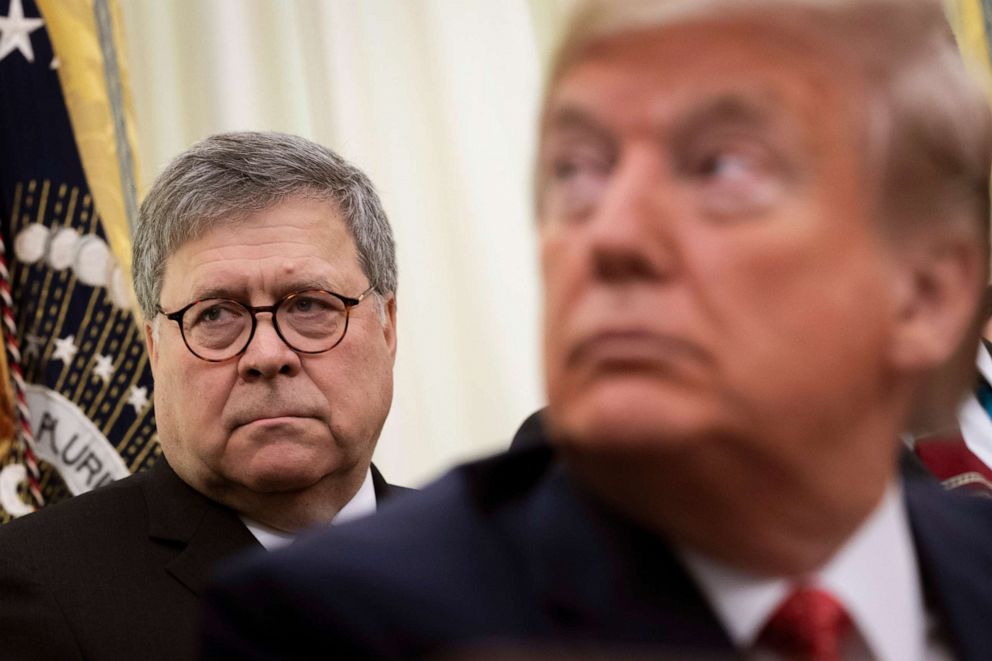 In the interview with ABC News, Barr fiercely defended his actions and said it had nothing to do with the president. He said he was supportive of Stone’s convictions but thought the sentencing recommendation of seven to nine years was excessive. When news outlets reported the seven to nine year sentencing recommendation last Monday, Barr said he thought it was spin. Read more